Ryan Lochte may have won gold in Rio, but he lost more when he came home to the United States.

By now, we’ve seen the headlines and interviews about Lochte’s lie of being robbed with a gun held to his and fellow Olympians heads.

It’s truly unfortunate, but it’s a scene that we see all too often when someone gets themselves into a situation, decides that an embellishment of the truth (or straight-up lie) will cover for their actions – all will be well! Well, not always …

There’s a an old saying that goes like this, “what we do in the dark will always come to light.”
As Lochte’s story unraveled, so did all four of his personal endorsement deals, which surely struck a blow that the 32-year-old swimmer hadn’t considered that late night in Brazil.

It didn’t take long for Speedo, Ralph Lauren, Airweave and Gentle Hair Removal to get out of the Lochte partnership pool and dry off. Many reported the personal income loss to range from $750,000-$1,000,000. What may be worse than losing all of his personal endorsements is the damage done to his reputation.

You see, Lochte still has years of earning potential as a competitive swimmer and gold medal Olympian. Now however, few brands will want to associate themselves with the type of person who will lie on a global platform while representing a nation.

Are we all perfect? No and no one expects us to be – we are human. In my opinion, the disconnect occurred when Lochte parted ways with his values. Values matter, plain and simple. Values ground us and guide us through our most difficult trials in life.

Clearly values such as honesty and integrity mattered to Speedo as the company statement directly called out:

While we have enjoyed a winning relationship with Ryan for over a decade and he has been an important member of the Speedo team, we cannot condone behavior that is counter to the values this brand has long stood for,” Speedo, the swimwear company, said in a statement. “We appreciate his many achievements and hope he moves forward and learns from this experience.

Will Lochte learn from this experience? Only time and his actions will tell.

Read the full story on the New York Post. 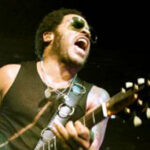