I was eating a bacon and egg breakfast the other morning and was reminded of a conversation I had with NASCAR Hall of Famer Junior Johnson several years ago around the question of involvement versus commitment.

At the time, I was running the PR campaign for NASCAR’s 50th Anniversary where I had the great fortune and opportunity to meet and work with some of the legends of the sport, including Junior.  During one encounter with the former moonshiner, whose life story was put on the big screen in the 1973 movie The Last American Hero, we were talking about what it took to be successful in this sport.

He smiled and said in his low voice and Southern drawl, “Well, let me ask you a question. 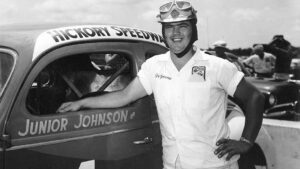 Are you involved or are you committed?” I wasn’t sure where he was going with this, so I naively asked him, “involved or committed in what way?”

Junior went on to explain his point.  “You see, success comes down to being committed not involved,” he said.  “It’s like a bacon and egg breakfast – it took two animals to make that meal and one was committed and one was involved.

“Now, that hog gave you everything it had – everything – while that chicken gave you something it could make plenty more of. It wasn’t that big of a deal.”

I never looked at a bacon and egg breakfast the same after that chat.

So, I’ll ask you the same question as you look at your business growth or perhaps how you are leading your team or organization – are you involved or are you committed?

Better yet, do you know if your team is just involved or are they fully committed?  Are they committed to your company’s goals, culture and priorities? That is a vital question to consider when a study by Gallup found that more than 70% of employees feel disengaged at the office.  What’s worse is that an Allegis Group Services study found that more than 84% percent of employees would leave their current place of employment for a company with a better reputation (Aug. 2012).  Can it get worse? Yup! A study by Glassdoor Data Labs found that less than 50% of employees would even recommend their employer to a friend (Dec. 2015)!

Your team will become a reflection of you.  So, when it comes to leadership and the type of team and business you are building, do you want an office full of chickens? Nope … bring on the hogs!